Can Bitcoins Be Traced 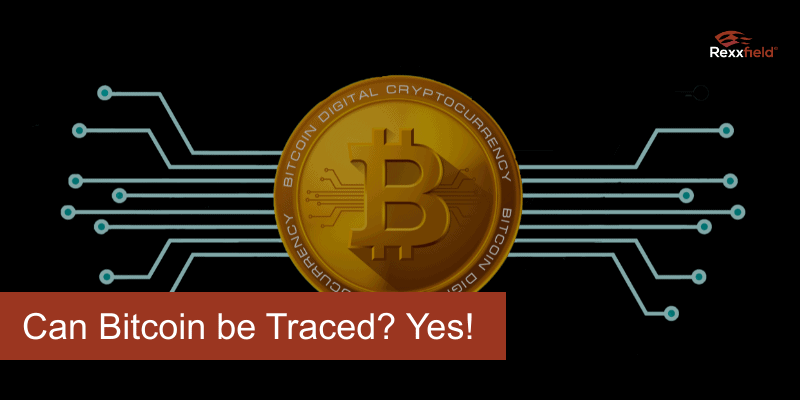 Launched in 2009, Bitcoin is a cryptocurrency operating independently of third-party oversight from banks or governments. It allows people to exchange value across the internet in minutes. Although it is beginning to be used as a mainstream, transactional currency, it is frequently used in scams and illicit business. Cryptocurrency, in general, is viewed as a secure, decentralized, and anonymous way to handle transactions outside the traditional financial system. Criminals, operating in hidden reaches of the internet, use Bitcoin to do illicit business without revealing their names or locations. But can Bitcoins be traced?

It is a common misconception is that Bitcoin can’t be traced. This is not true, earlier this year, federal officials recovered most of the Bitcoin ransom paid in the Colonial Pipeline ransomware attack.

Cryptocurrencies are not as hard to trace as cybercriminals think.

How anonymous is Bitcoin?

In a way, cryptocurrency is entirely anonymous. But at the same time, it is completely transparent and trackable. In Bitcoin’s own words, anonymous bitcoins don’t exist.

“Bitcoin is often perceived as an anonymous payment network. But in reality, Bitcoin is probably the most transparent payment network in the world. At the same time, Bitcoin can provide acceptable levels of privacy when used correctly.”

Bitcoin is anonymous in the sense that you can hold a crypto address without revealing your identity in that address. One person can have multiple addresses, and in theory, those addresses can’t be linked together, nor is there any indication that the person owned them. However, every Bitcoin transaction is traceable because every transaction is logged in the blockchain.

Are Bitcoins untraceable? No!

Bitcoin works with an unusual level of transparency of which most people are not aware. All the transactions are traceable and permanently stored in an unalterable public ledger, which anyone can view and analyze at any time. This ledger is called the blockchain.

Bitcoin addresses are the only information that defines where bitcoins are allocated and where they are sent. These addresses are created privately through a user’s wallets, without revealing anything about the identity of the user.

However, once an address is used, it becomes tainted by the history of all transactions involved. This is because anyone can see the balance and all transactions of any address. So when your address is published somewhere public, or someone knows your address, if you move any funds with this used address to one of your other addresses, they will be publicly tainted by the history of your public or known address.

But even though everybody can see what someone does on the network, they can’t necessarily see an identity. So the transaction history is more like a fingerprint. It can only conclusively identify a person if it can be connected to someone.

So, can Bitcoins be traced?

Yes! Bitcoins can be traced. 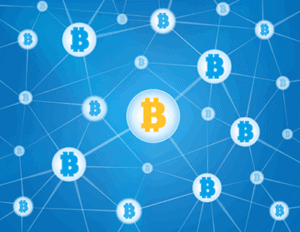 While Bitcoin can be moved and stored outside the regulations of any government and financial institution, every transaction is recorded in the blockchain. Anyone who is plugged into the blockchain can analyze the Bitcoin ledger.

While this data is publicly available, you still need to figure out how to connect someone to the digital wallet that stores the Bitcoin. You can do this by knowing the “public key” and a “private key.” A public key is a string of numbers and letters that Bitcoin account holders use for buying and selling, and a “private key” keeps a wallet secure. By knowing the public key, you can track down a user’s transaction history. For law enforcement to seize assets, they need to obtain the private key.

Chainalysis Inc. is a software company that designed sophisticated programs to track and analyze transaction histories of wallets. They work with law enforcement and private investigators to find transactions, payments for merchant services, and other data to help identify wallet owners.

How does law enforcement track Bitcoin?

June 2021, the Justice Department announced it had traced 63.7 of the 75 Bitcoins that Colonial Pipeline paid hackers responsible for a ransomware attack that shut down the company’s computer systems, causing fuel shortages and a spike in gasoline prices.

Since federal investigators tracked the ransom as it moved through at least 23 different electronic accounts belonging to the hacking collective DarkSide, before accessing one account shows that law enforcement is growing along with the industry.

Officials have since declined to share how exactly they recovered the crypto funds. But according to cryptocurrency experts, the F.B.I. did not appear to rely on the vulnerability in blockchain technology. It is more likely that they could trace and seize the funds by obtaining the wallet and account’s public and private key.

If it can be traced, why do hackers and scammers use cryptocurrency?

As explained before, even though cryptocurrency can be traced, it is still effectively anonymous, and law enforcement can’t freeze a cryptocurrency account like they could a bank account.

According to Yaya Fanusie, an adjunct senior fellow at the Center for a New American Security, Bitcoin is a choice for scammers because “a Bitcoin wallet is something you can possess and control without going through a third party.”

Can stolen Bitcoin be recovered?

Tracing Bitcoin is a complex, 21st-century cat-and-mouse game. Criminals know their transactions are traceable, which is why they move their illicit gains across hundreds of transactions. They typically control dozens of wallets to transfer the money back and forth, making it hard to trace the money.

Often these criminals use a software called a “mixer“. A scammer will send a certain amount to the mixer. Then the mixer will take that Bitcoin and break it up into multiple smaller transactions and “mixes” that in with other people’s transactions. Then the scammer gets back the same amount to put into the mixer, but it isn’t the same exact bitcoins.

According to Pawel Kuskowski, CEO of blockchain sleuthing firm Coinfirm, there is at least $10 billion in stolen crypto out there in the market. Once your virtual currency has been stolen it is incredibly hard to recover those stolen funds. But not impossible.

How to trace stolen funds

There are two strategies to choose from when it comes to a crypto investigation: figure out who did it or follow the money.

Through reversed social engineering, our crypto investigators have traced someone’s identity by obtaining an IP address and producing court orders to get an internet service provider to reveal details about that IP address.

The answer to the question “Can Bitcoins be traced” is yes. Bitcoin transactions are traceable. And our crypto investigators can help.